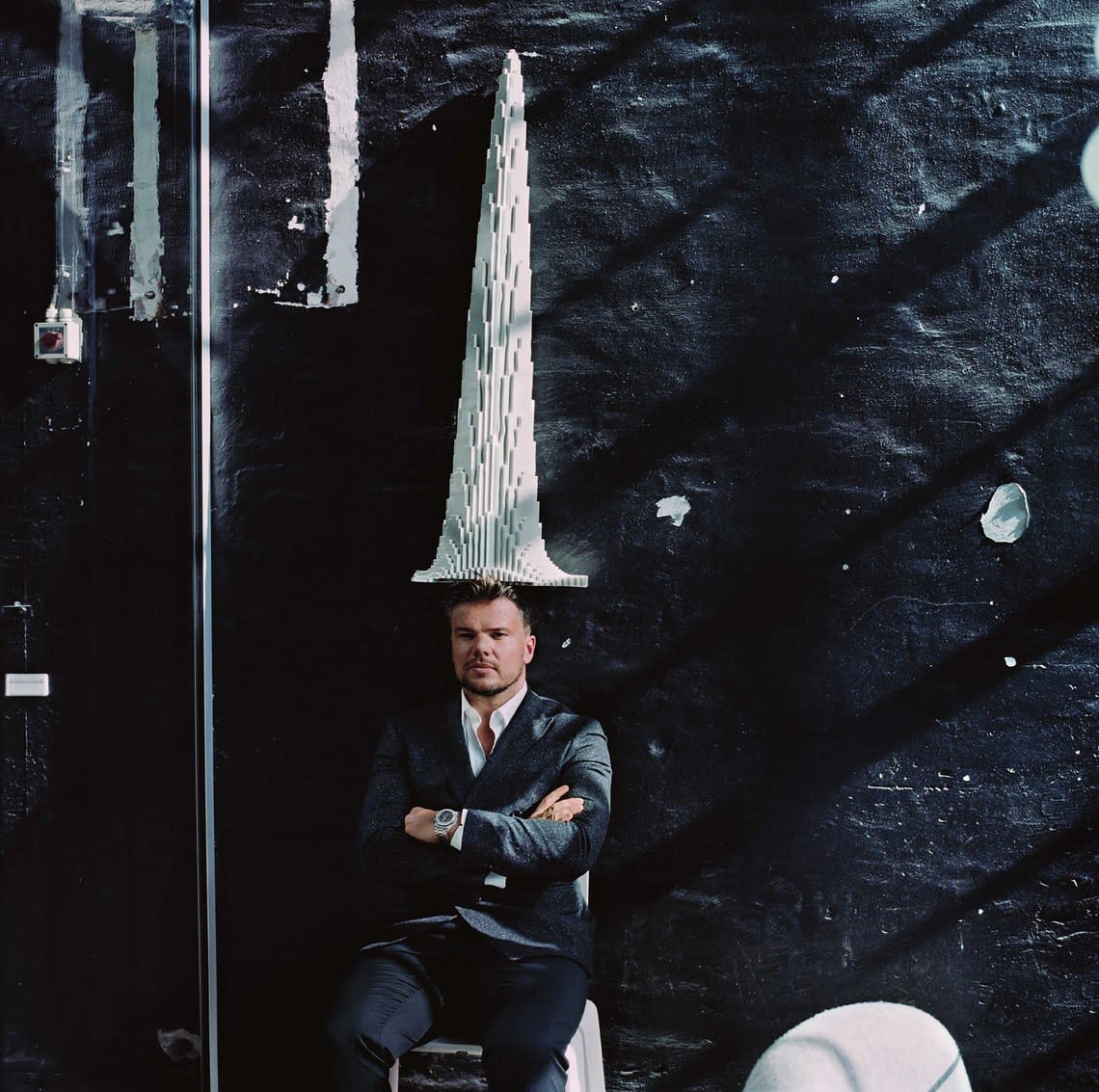 Toronto’s newest attraction seemed destined to end up in the dignified solitude of a tycoon’s country home, somewhere behind the stables, perhaps. Ever since the Serpentine Gallery started adorning its flawless English lawn in Kensington Gardens with a summer pavilion designed by some of the biggest names in architecture, such was the afterlife of many of these impermanent exhibits. One particularly eager collector reportedly acquired no less than four pavilions—only to send them straight to storage. And yet, a cool warehouse might be considered a merciful destiny compared to the fate of Zaha Hadid’s 2000 pavilion. This first-ever Serpentine pavilion now plays host to discos and children’s birthday parties in a corner of Flambards theme park in Cornwall, somewhere between Ferdi’s Funland and the Rocking Tug Boat. Toyo Ito’s 2002 pavilion fares marginally better, having been recycled as the beach café of a luxury Côte d’Azur hotel.

When Danish star achitect Bjarke Ingels, responsible for Burning Man’s popular ORB and the new Google headquarters, got the call from the Serpentine Gallery two years ago, he intended to give his pavilion a different afterlife. Ian Gillespie, founder of Westbank, a renowned Canadian development firm and the project’s patron, came up with the idea of sending the structure “on the road” following its initial run at Kensington Gardens. “And so,” says Ingels, “we designed it knowing it would have a traveling life.” The first destination on this world-spanning tour is the bustling Fashion District in Toronto, where it opened last week in a festive ceremony hosted by Westbank and attended by the architect, as well as a few hundred illustrious Torontonians. Further stops are envisaged in Vancouver, New York, and Shanghai.

Ingels’s resurrected Serpentine Pavilion is located at 533 King Street West, just a short stroll away from Toronto’s Union Station (which—incidentally—plays host to Louis Vuitton’s Time Capsule exhibition until the end of September). When you enter the grounds from King Street, the pavilion looks a bit like an enormous, gracefully curved seashell, inviting you to explore its cavernous interior. But first, take a walk around the soaring structure to experience how, depending on the angle, its appearance shifts mesmerizingly from fragile to robust, solid to transparent. 1800 prefabricated fiberglass frames (manufactured by a Danish company that normally produces blades for wind turbines) are stacked to form, what Ingels half-jokingly describes as “a giant piece of furniture.” It’s an elegantly undulating shelf of outsized proportions, that can be disassembled and sent around the world. For the pavilion’s Toronto outing, the positioning of the modules had to be slightly adjusted, to account for the possibility of snow weighing down on it, which—despite England’s reputation for disagreeable weather—hadn’t been a concern in London.

In the past, Bjarke Ingels has professed to not having a style—the notion itself he likens to a self-limiting “straightjacket.” When I suggest that ziggurat-like elements and sloping façades seem to be a recurring theme in his designs, including the pavilion, he concedes a tendency towards mountainous architecture. These forms, he reasons, might just have a greater quality than more conventional buildings, which he describes as “variations of an extruded rectangle.” They also allow for terraces and gardens.

For an illustration of this idea, venture inside the pavilion for “Unzipped,” an exhibition highlighting a few of Bjarke Ingels Group’s (BIG) projects. Perhaps most striking is a plan for Toronto’s King Street, a building Ingels designed for Westbank, to be realized in the very location of the pavilion. Inspired by Israeli architect Moshe Safdie’s groundbreaking apartment compound Habitat 67 in Montreal, Ingels came up with what are essentially four terraced “mountains” surrounding a dramatic courtyard. A magnificent design, it successfully integrates the existing red brick buildings on the plot and promises welcome variation to the city, whose center is otherwise dominated by bland, new apartment towers. Next, take a look at BIG’s spectacular power plant in Copenhagen with a ski slope on its roof (!). Slated to open in 2019, it will be mountainless Denmark’s most exciting skiing opportunity and sure to be Copenhagen’s next major tourist attraction. It seems that BIG doesn’t do run-of-the-mill power plants; another plan for Vancouver dubbed the ‘Green House’ proposes to utilize the by-products of energy production to power a massive greenhouse on top of the building—the harvest to supply local restaurants with fresh produce.

At only forty-three years, the Dane has countless projects in the works around the globe. And during our interview he suddenly gets offered yet another when Gillespie interjects and proposes Ingels build a winery with him (Ingels: “I’m in!”). The architect, whose Instagram following is in the hundreds of thousands and who has appeared on the cover of several popular magazines, acknowledges that luck has played a part in his meteoric rise. “Napoleon famously had two criteria for promoting someone to general. One of them,” he says, “was luck.” In Ingels’s case, the other would surely be—apart from his obvious talent for design—excellent communication skills, aided by a youthful charm. After presenting his pavilion to an enthusiastic Toronto audience, Ingels is off to New York, where he is currently redesigning the entire waterfront of Lower Manhattan to guard the city from flooding. His pavilion in Toronto, meanwhile, will be open to the public until November.