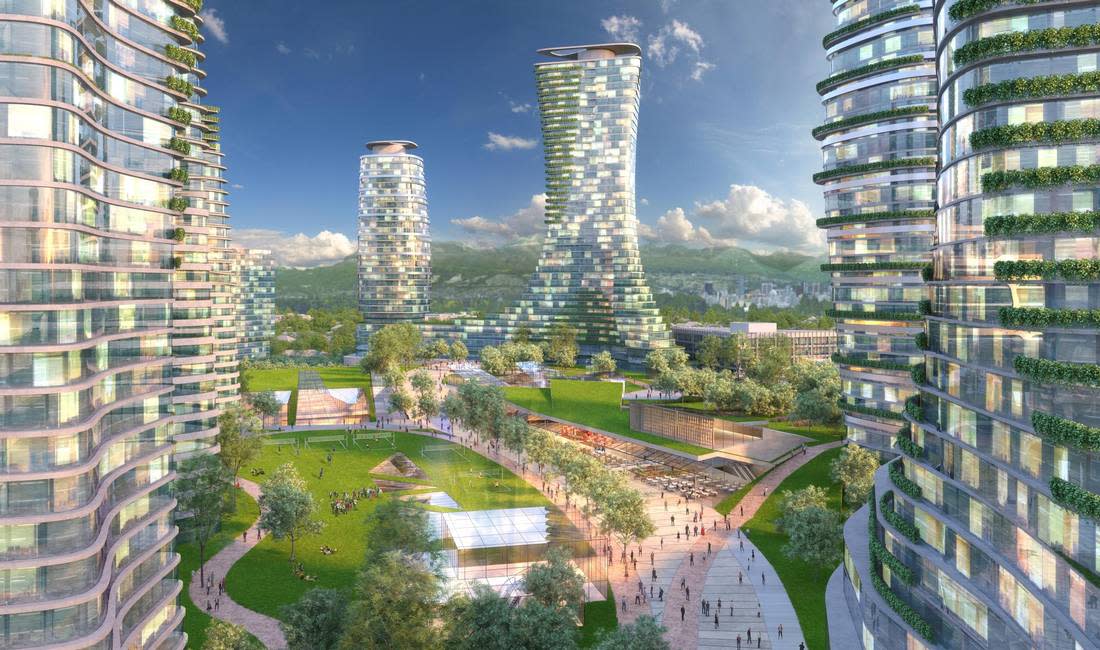 The City of Vancouver is presenting a plan of spending for the next four years and tucked into the fine print of a draft is a sharp increase in how much the public budget is tied to funds charged to real estate developers.

The City is proposing to spend some $2.6 billion in capital investments with significant emphasis on affordable housing and child care spaces, as well as arts and culture and community facilities.

Of the estimated total $2.57 billion, over 55 per cent, or some $1.44 billion, is earmarked to come from “development contributions,” which are raised by charging real estate developers.

There are generally two kinds of development contributions and they have grown in size since they came into use around 2004.

Development cost levies or DCLs are typically a standard calculation. Community amenity contributions or CACs tend to be individually negotiated between the city and a developer over rezoning for a specific project and can be paid in straight cash or the building of an on-site amenity such as a pool or a community centre.

A draft of the proposed plan for the next four years includes the construction of 1,200 to 1,600 units of non-market rental housing and the creation of about 1,000 new child care spaces, according to the city.

For the total $117 million slated for child care, development contributions of $110 million will account for 94 per cent.

In the area of infrastructure and amenities related to arts, culture and community, the city is proposing to continue or plan renewal projects at various community centres such as Britannia and Ray Cam. It will add a new outdoor pool in Marpole.

Of the total $136 million in-kind funds that will be derived from developers, $90 million, or 66 per cent, is associated with the Oakridge project planned by Westbank and QuadReal to transform the corner on Vancouver’s west side at 41st Avenue and Cambie Street.

Some of the larger dollar value items highlighted in the city’s draft capital plan include $15 million for a new performance space, $35 million to renew and expand a library and $40 million to build a new community centre.

All of these are proposed to be part of Westbank and QuadReal’s bigger plan to transform Oakridge Centre. In addition to mixed-use buildings, there will be 10 residential condo towers with some as high as 44 storeys.

The ambitious project has yet to get a development permit, but it’s scheduled to come before the city’s Development Permit Board in midsummer.

According to the city’s website, some “development permit applications may have a significant impact on their surroundings, because of the scale and context of the project or because of community controversy about the project. Those applications are reviewed by the DPB” as opposed to going to the director of planning.

Some may consider this step of receiving a green light from the DPB a mere formality, but the notice on the architect’s file to the city for a development permit says it is applying to the City of Vancouver for permission to develop its proposed plan on this site “Under the site’s existing CD-1 zoning, the application is “conditional” so it may be permitted; however, it requires the decision of the Development Permit Board.”

Nevertheless, next week, city council will, according to a statement from the city, “be asked to approve in principle a borrowing limit of $495 million to support the (proposed) four-year capital plan.”

Then, there will be another round of public engagement to get feedback on the draft capital campaign and council is aiming to have a final version “to consider by the end of July.”

The Oakridge project’s application has been scheduled for the Development Permit Board on July 23.