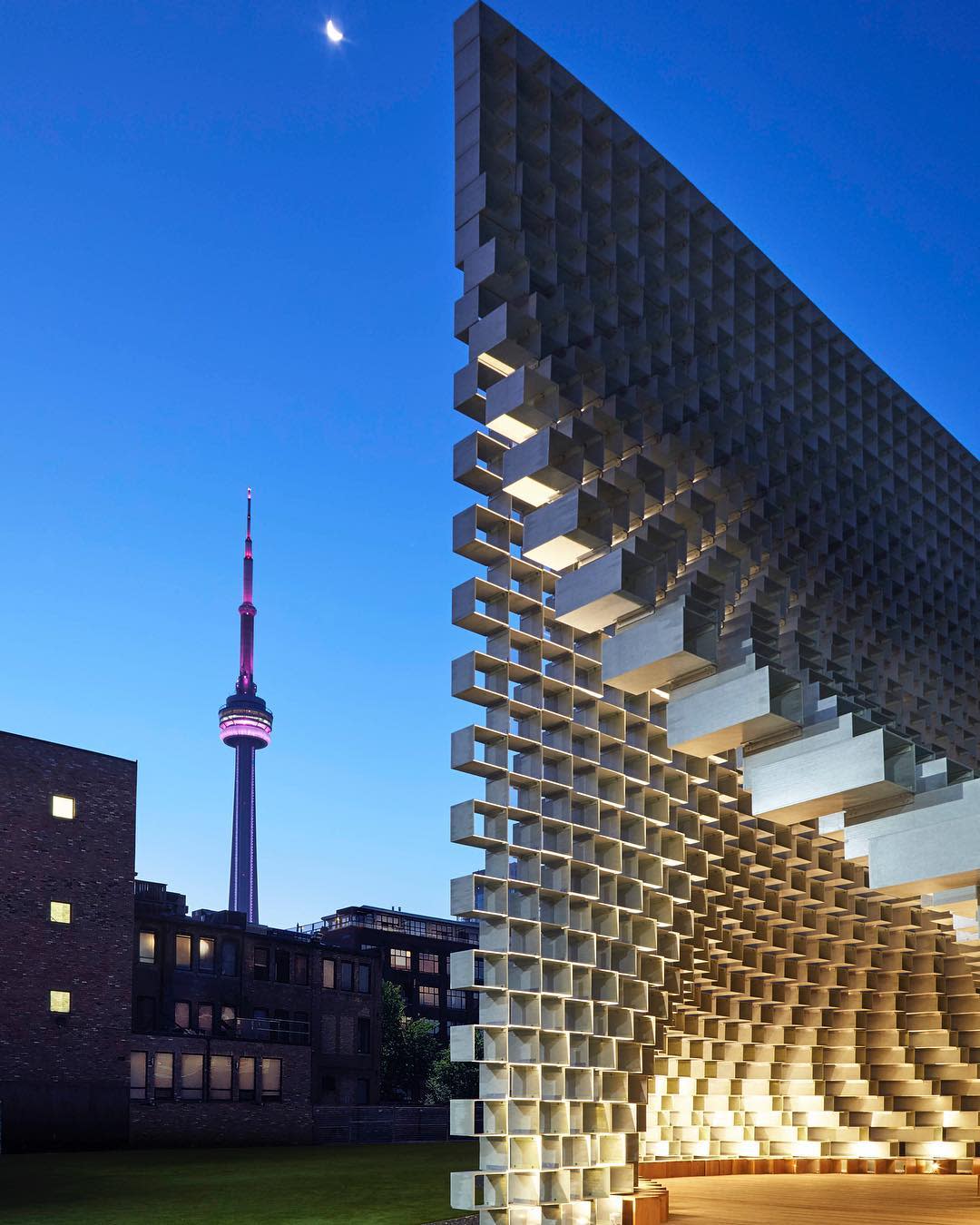 Bjarke Ingels’ critically acclaimed 2016 Serpentine Pavilion, dubbed the “unzipped wall”, is being re-assembled in Toronto and opening in September 2018 as the centrepiece of a new exhibit titled “Unzipped”. The temporary Pavilion made of 1802 stacked fibre glass boxes welcomed a record number of visitors during its 2016 run in London’s Hyde Park and was acquired by Westbank shortly after. The Pavilion will now be the centre piece of the new exhibition at King and Brant, which will serve as an architectural showcase by day and a destination for unique programming, dialogue and events by night. It will remain in place until the end of November 2018.

The “unzipped wall” is a play on one of the most basic elements of architecture: the brick wall. Rather than clay bricks or stone blocks, the wall is constructed from extruded fibre glass frames stacked on top of each other. The wall is “unzipped” to form a cavern within it, originally to house the events of the Pavilion program in London and now, to house an architectural exhibit curated by BIG in Toronto. When reconstructed, the Pavilion will conform to its original design and measurements, at 27 metres (88.5 feet) long, 12 metres (39 feet) wide and 14 metres (46 feet) high.

Toronto marks the beginning of the Pavilion’s multi-city tour — the first of its kind for a Serpentine Pavilion — before ultimately landing in Vancouver, to find its permanent home beside Westbank’s Shaw Tower on the waterfront.

Conceived in 2000, the annual Serpentine Pavilion commission presents the work of an international architect (or design team) who has consistently extended the boundaries of architectural practice but is yet to build in England at the time of invitation. It has made the Serpentine Galleries an international site for architectural experimentation, growing into a showcase for emerging talent. Each Pavilion is sited on the Serpentine Galleries lawn in Kensington Gardens where it is free and open to the widest public for the summer months. The immediacy of the commission has made it a pioneering model world-wide. BIG’s Pavilion – the most visited architectural and design exhibition in the world in 2016 – was designed to be easily disassembled and transported with a view to it having the most interesting afterlife of any Serpentine Pavilion and eventually ﬁnding a second home.